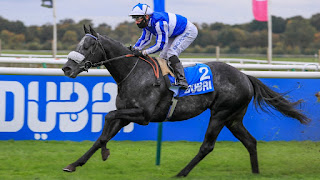 The John of Gaunt Stakes is a Group 3 flat horse race in Great Britain open to horses aged four years or older. It is run at Haydock Park over a distance of 7 furlongs and 37 yards (1,442 metres), and it is scheduled to take place each year in late May or early June.
The event is named after John of Gaunt, the 1st Duke of Lancaster, who lived in the 14th century. It was formerly open to horses aged three or older, and it used to be classed at Listed level. The minimum age was raised to four in 1998, and the race was promoted to Group 3 status in 2008.

The race was sponsored by the Timeform organisation from 2009 to 2016 and was run as the Timeform Jury Stakes.