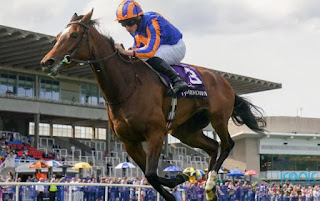 The Irish 1,000 Guineas is a Group 1 flat horse race in Ireland open to three-year-old thoroughbred fillies. It is run at the Curragh over a distance of 1 mile (1,609 metres), and it is scheduled to take place each year in May you

It is Ireland's equivalent of the 1000 Guineas, and in recent years it has taken place three weeks after that race. The field usually includes horses which previously contested the English version, and four have achieved victory in both events; Attraction in 2004, Finsceal Beo in 2007, Winter in 2017 and Hermosa in 2019.

The leading horses from the Irish 1,000 Guineas often go on to compete in the following month's Coronation Stakes. The last to win both races was Alpha Centauri in 2018