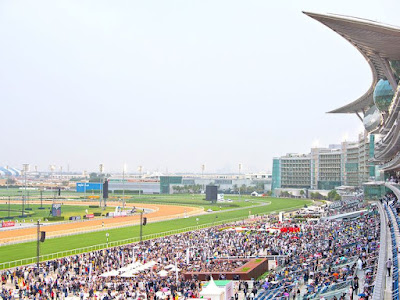 The biggest night in global horse racing returns to Meydan Racecourse this weekend for the 26th running of the Dubai World Cup.

A capacity crowd of 80,000 is expected for the first time since 2019 for the nine-race card worth $30.5 million in prize money (up from $26.5 million last time around), culminating in the $12 million Dubai World Cup itself. The likes of Hot Rod Charlie, Country Grammer, Midnight Bourbon Aero Trem, Chuwa Wizard and Godolphin’s Magny Cours are bidding to join the roll of honour alongside greats such as Thunder Snow, American Pharoah, Curlin, Invasor and all the way back to Cigar in 1996.

Alongside the racing action there are plenty of other events to entertain, including the Style Stakes, closing ceremony fireworks and after-race concert featuring Becky Hill and Rudimental.

DWC Most wins (trainer): Godolphin’s Saeed Bin Surour 9
Most wins (jockey): Jerry Bailey 4
Most (owner): Godolphin 9
Most wins (horse): Thunder Snow 2
If you go
The Meydan Grandstand will see 80,000 racegoers in attendance, with the Apron Views hosting the Style Stakes throughout the day, offering prizes for Best Dressed Lady, Best Dressed Couple, Creative Hat and Creative Outfit, while the Golden Circle is the best spot for the post-race concert. All seats in the Granstand offer views of the racing action from the parade, all the way to the finishing post and winners’ circle.

After the dirt and turf have been torn up by the nine races, the traditional closing ceremony and fireworks will light up the sky before Brit Award winner and The Voice star Becky Hill, drum-and-bass ensemble Rudimental, DJ Sigala and local artist Ayesha Reid bring the curtain down with the after-race concert, which should begin around 9.30pm.

Sheikh Rashid Al Maktoum, the Chairman of Dubai Racing Club, said: “We are so happy to have everyone back here for what will be a fantastic 26th running of the Dubai World Cup meeting. The atmosphere will be absolutely electrifying. The quality of the horses, trainers, owners and jockeys who have assembled is better than ever and we are looking forward to a superb day of racing with our guests from all over the world.” 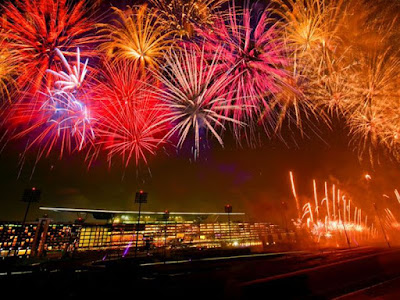 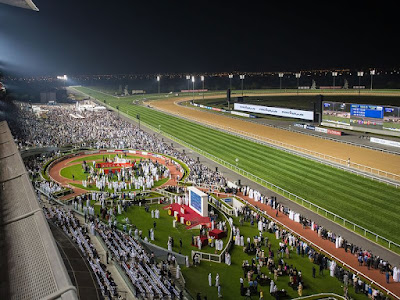 While the highly prestigious $12 million race and its equally coveted undercard have attracted the very best from around the world over the years, the excitement is bound to amplify race day with a massive crowd expected to attend proceedings live at the 80,000-capacity venue. The organisation of this year’s Dubai World Cup further reinforces the city’s rising status as one of the globe’s leading venues for international sporting events.

(SELECTIONS WILL BE POSTED LATER IN THE WEEK )