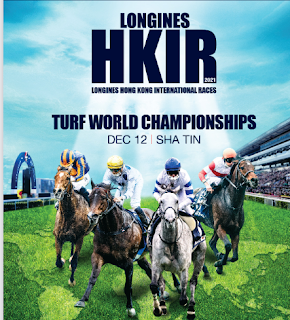 Sha Tin Racecourse is one of the two racecourses for horse racing in Hong Kong. It is located in Sha Tin in the New Territories. It is managed by Hong Kong Jockey Club.

It was built in 1978 (under the administration of Sir David Akers-Jones, the then-Secretary for the New Territories) on reclaimed land and is the larger of the two tracks in Hong Kong.

The course has 474 races per season including there feature group one races :

On 9 September 2007, Sha Tin race track opened for the season with an opening day record of about 60,000. Chief Secretary Henry Tang struck the ceremonial gong. The Hong Kong Jockey Club collected US$106 million in bets (highest since 2001). Children of horse owners were admitted amid protest of local anti-gambling groups. Sunny Power, booted by Howard Cheng got the trophy in the 1,200 metre dash.

Sha Tin Racecourse Tourist Information When entering the racecourse you may be surprised by how large it is, there are certainly many things to see and do at Sha Tin.  No one is allowed into the racecourse that is under 18 years of age. This includes children or babies that might be with you. Sorry, but the laws in Hong Kong are strict in regards to this.

The gates to the racecourse open at 11:00 a.m. . The normal entry ticket costs $HK10. If you are a tourist visiting Sha Tin you can purchase a ticket to the Members Enclosure for $HK 130.

Hong Kong loves horse racing, it's nearly a national past time here. You will be hard pressed to find fans that are more loyal to the sport, than here in Hong Kong.

This year, the LONGINES HKIR welcomes an extraordinary line-up from Japan, Great Britain, Ireland and France, which includes 14 individual Group 1 winners, competing against the top class performers from Hong Kong in a stellar line-up of 44 horses.

Fresh off Breeders’ Cup success in the United States of America, Loves Only You returns to Hong Kong in a bid for a second G1 success in the city, looking to cap a superb year in this year’s “Turf World Championships” in the LONGINES Hong Kong Cup.

Hometown hero Golden Sixty is looking to enhance his astonishing unbeaten streak to 16 and also set a new all-time winning record of 19 in Hong Kong should he successfully defend his Hong Kong Mile title; while star sprinter Wellington’s development adds further intrigue and everything surely points to a thrilling afternoon of sport on Sunday,12th December.

Joining Golden Sixty, Hong Kong’s reigning Horse of the Year, in the home team’s defence is Champion Stayer Panfield, who will be running in the LONGINES Hong Kong Cup.

Recommended selections will be posted on Saturday 11th December.