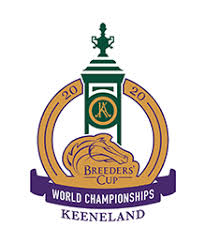 The Breeders' Cup World Championships is a two-day meeting which takes place on November 6-7 at Keeneland in, Kentucky, this year.

The meeting features 14 races with a total of $31 million in prize-money to be competed for by some of the best horses from the US, Europe and the rest of the world.

The action will be aired live on Sky Sports Racing, starting with Future Stars Friday, before Championship Saturday, which is headlined by the Breeders' Cup Classic.

Read about the famous Kentucky racecourse, which will stage the Breeders' Cup for a second time in 2020. 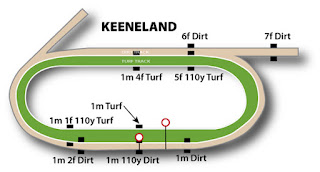 Keeneland hosted the 2015 Breeders’ Cup, a wildly successful event, famous for American Pharoah’s Grand Slam. They are hosting the BC again this year, without fans, and will host again in 2022. The 2022 Cup at Keeneland is an event international fans should really consider targeting for a visit – it’s a special place and are of the country that should be on the bucket list of any racing fan with even a remote interest in American racing.

The advantage of an inside draw is real but don’t discount turf runners drawn to the far outside. It’s not that it’s an advantage; it’s just that the market overestimates the disadvantage.

In dirt races, as you would guess, speed is incredibly important. If you could know who would make the early lead in aggregate in dirt races at Keeneland (and this is typical for dirt races) you could have the winner around more than 25 percent of the time, and it’s probably closer to 30 percent.

If generally speaking you’re going to be more than a few lengths back early on ,You might as well rip up the paper and move on to the next race.

As one would expect, early speed is not the same type of advantage in turf races. Even in the sprints the early leaders win less than 20 percent of the time.

Horses on the Keeneland turf at virtually all distances have an advantage when they have the best late pace figures – this is logical certainly, but a look through the numbers really makes late pace look important at Keeneland. Going hand in hand with this notion, early speed in turf routes at Keeneland is simply not as beneficial as at other tracks.

(Selections will be posted later in the week  )