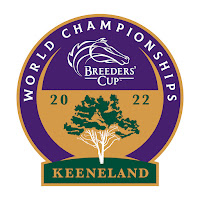 The 2022 Breeders' Cup World Championships will be the 39th edition of the premier event of the North American thoroughbred horse racing year. The 14 races, all of which are Grade I, will take place on November 4 and 5 at Keeneland racetrack in Lexington, Kentucky. In the United States, the races will be telecast on Friday and early Saturday by USA Network and FanDuel TV, with NBC covering the last three races on Saturday.[1] In the United Kingdom, ITV will be broadcasting all the races live, with day 1 on ITV3 and day 2 on ITV4.

The Breeders' Cup is generally regarded as the end of the North American racing season, although a few Grade I events take place in later November and December. The event typically determines champions in many of the Eclipse Award divisions.

A maximum of 14 horses (12 in the Dirt Mile and Juvenile Turf Sprint) are allowed to start in each race.[2] Horses can automatically qualify by winning one of the designated races in the Breeders' Cup Challenge series, which provide "Win and You're In" berths in a specified division of the Breeders' Cup. Other pre-entries are ranked by a points system and the judgement of a panel of experts.[3]

On October 26, 205 horses were pre-entered in the various races, 46 of which qualified via the Challenge series. The entries include 73 Grade/Group 1 winners and 45 horses from overseas. Most of the races were over-subscribed.[4][5]

Keeneland will host the Breeders' Cup for the third time. They first hosted the event in 2015 when American Pharoah finished his career by winning the Classic after having won the American Triple Crown. The 2020 event at Keeneland though was held without spectators due to the COVID-19 pandemic in the United States. Fans who had purchased tickets for that event were given first preference for seating at the 2022 event.[6] Keeneland installed temporary seating, including five "chalets" and loge boxes, to increase their normal capacity of about 20,000 to 45,000 people.[7]

The year-end championship for North American Flat racing, it has attracted star horses from across the globe, with British and Irish-trained runners dominating many markets.

Golden Pal won this race 12 months ago and has excellent claims of doing so again after a comfortable success in the Woodford Stakes.

However, he faces a much tougher field than 12 months ago, with the British challenge including three-time Group 1 winner Highfield Princess and last year's Champions Sprint star Creative Force.

Ward also runs Campanelle, who was narrowly denied in the Platinum Jubilee at Royal Ascot and is unlikely to be far away.

Last year's winner: Loves Only You

The British and Irish contingent dominate the betting and Nashwa, a dual Group 1 winner in the summer, heads the team for the Gosdens and Hollie Doyle.

Dreamloper arrives as a dual Group 1 winner too and Above The Curve, trained by Joseph O'Brien, also has a top-level success to her name.

Of the American contingent, Chad Brown is set to have a strong hand, with First Lady winner In Italian the pick of his team.

Charlie Appleby and William Buick won this race twelve months ago and Modern Games, who is unbeaten on his trips to North America, is the one they have to beat.

Kinross has been revitalised in 2022 and will be hunting down a top-level hat-trick, while Modern Games' Champions Day conqueror Bayside Boy also features. Annapolis, who won the Turf Mile at Keeneland in October, heads a low-key American charge.

This is another race Charlie Appleby won last year and Rebel's Romance and Nations Pride provide him with another strong hand. Both have performed best away from British shores, with the latter a Grade 1 winner at Saratoga in August.

War Like Goddess is formidable on her day and spearheads the American charge, which looks decidedly weak beyond her. Mishriff and the Aidan O'Brien pair of Stone Age and Broome give further strength to the European challenge.

After winning three Grade 1s by a combined 36 lengths, Flightline gets the chance to consolidate his legacy for trainer John Sadler and jockey Flavien Prat.

The Breeders' Cup Distaff (7.55) is set to be a fascinating race with longtime rivals Malathaat, Clairiere and Search Results locking horns with young pretender Nest, a near ten-length winner of a Grade 2 at Belmont last time.

The presence of Jackie's Warrior and Jack Christopher makes the Breeders' Cup Sprint (6.30) a two-horse race on paper but last year's long-odds winner Aloha West could easily have a say.