Tuesday 11th June is one of horse racing's saddest days-the loss of absolute legend Sir Henry Cecil .He was masterful trainer who won 25 British classics and guided the brilliant Frankel to 14 straight wins .Sir Henry won 75 races at Royal Ascot .Next week's meeting will not be the same without him. 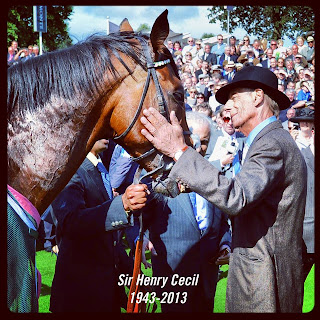